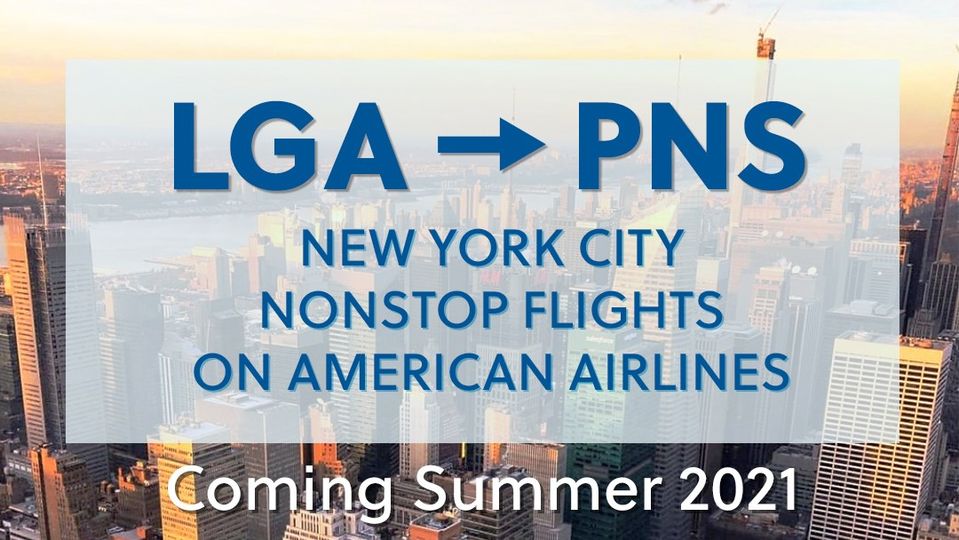 Posted at 09:28h in Uncategorized by cyberadmin 0 Comments
0 Likes

American Airlines announced Thursday that it will begin daily, nonstop service from Pensacola International Airport to LaGuardia Airport this summer.

The Texas-based carrier says the service is scheduled to begin in June and run through September.

LaGuardia Airport, located in the Queens borough of New York City, is the third busiest airport in New York, offering connections to Richmond, Virginia; Detroit, Michigan; Minneapolis, Minnesota; and many other destinations.

American Airlines’ daily flight will depart LaGuardia at 11 a.m. and arrive in Pensacola at 1:45 p.m. Flights departing Pensacola will arrive in New York at 5 p.m.

Gun collection:Pensacola International Airport ranks in top 40 for guns collected by TSA in 2020

The announcement delivers on a promise made to introduce better travel choices and routes to and from New York, according to a news release from the city. Earlier this year, American Airlines and Jet Blue developed a strategic alliance focused on bringing customers more competition and greater access to the Northeast.